Treat hair problems from the root. 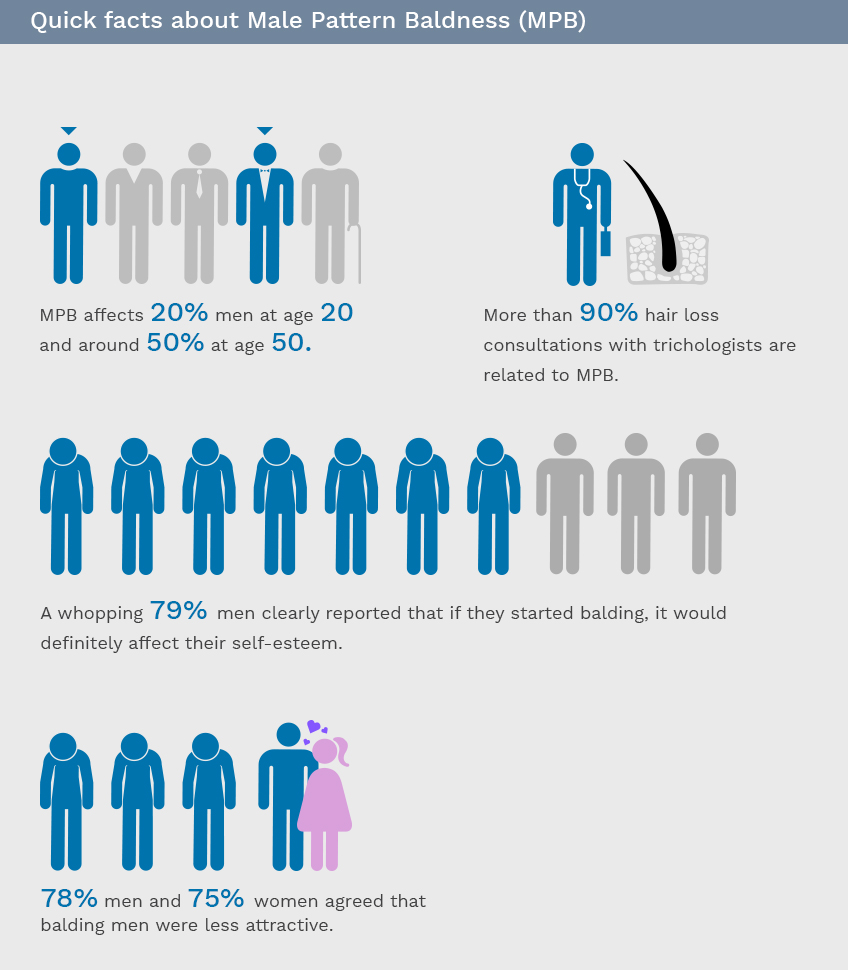 Androgenic alopecia, or male-pattern baldness, is responsible for the vast majority of hair loss in men. The condition is characterised by a typical pattern of receding hairline at the temples and hair thinning at the crown. It can even progress to partial or complete baldness in some cases.

While there are many possible reasons why people lose their hair, including medical disorders, side effects of certain medications and in some rare, extremely stressful events, most hair loss in men can largely be blamed on the heredity factor. This disorder, too, as the name androgenic alopecia suggests, has genetic 'roots' in 80% individuals.

Symptoms of Hair Loss in Men

Male-pattern hair loss most often begins above the temples and vertex (upper surface of the head). It presents itself with symptoms like excessive hair loss, receding hairline from temples, overall thinning, visible bald patches on top of the scalp, reduction in hair density and complete baldness at a later stage.

Causes of Hair Loss in Men

Male pattern baldness is majorly caused by hormones and genetic predisposition. Sometimes, baldness may be accentuated by other causes like anaemia, thyroid and the use of certain medications.

Not only do homeopathic medicines reduce hair loss, they also protect the body from harmful effects (such as decreased libido, ejaculation problems in men) Homeopathic medicines such as Thuja Occidentalis or Sabal serrulata have been used to treat hair loss for over 100 years. Homeopathy not only treats physical complaints, but also targets the mind and gently restores mind-body equilibrium, thus treating patients as a whole.